Plesník J.: Vilm – An Isle Which Was and Somewhat Was Not 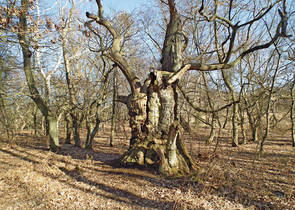 The Isle of Vilm is a marvellous example of the North German coastal landscape, situated near the Island of Rügen and extending over 2.5 km with a size of 94 hectares.

The isle is characterised by unique natural futures including flora and fauna, typical for southern Baltic Sea region. Formed from moraines left by glaciers in the last Ice Age, the natural contours of the island still shift constantly. The most remarkable nature phenomena are ancient, old-growth broad-leaved forests: the last extensive felling of trees took place there in 1527. The magic of the old bizarrely shaped trees, the solitude of the island and its beautiful scenery and picturesque location in the Rügen bight have enthralled travellers and painters alike. In 1959, tourists were no longer allowed access to the island, because a holiday village for the German Democratic Republic´s high-level statesmen and party officials was built there. Since 1990, there has been a branch office of the Bonn-based Federal Agency for Nature Conservation running i.a. the International Academy for Nature Conservation there. The Isle of Vilm is a part of the South-East Rügen UNESCO Biosphere Reserve.