Kaminiecká B. & Klouček O.: A Chance for Sharks, the Polar Bear Failed 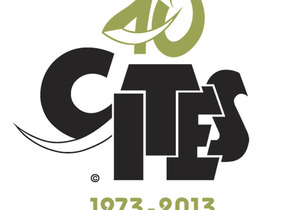 The meeting of the Conference of the Parties is organized once in three years, and during the event, a lot of conclusions for improving the multilateral agreement implementation are debated and adopted. In Bangkok, a breakthrough in commercially used marine species was after all made. The CITES Annex II was amended by some shark species killed particularly for fins used for making traditional Asian soups. They include the Oceanic Whitetip Shark (Carcharhinus longimanus), Scalloped Hammerhead (Sphyrna lewini), Great Hammerhead (Sphyrna mokarran), Smooth Hammerhead (Sphyrnazygaena) and the Porbeagle (Lamnanasus). Since the Bangkok conference, two large manta ray species (Mantaspp.) have also been listed in Appendix II: their dried gill plates, or branchial filaments have become highly sought in traditional Asian medicine. At the same time, rules for fishing in international waters,i.e.in areas beyond national jurisdiction were clarified. Many Asian and North American tortoise and terrapin species have been listed in Appendix II. On the other hand, the U.S. proposal for amending the Annex I by the Polar Bear (Ursusmaritimus) failed. For making the annexes to the CITES more simply, the species considered at present to be extinct, e.g.the Tasmanian Tiger (Thylacinuscynocephalus), Australian Gastric brooding frogs (Rheobatrachusspp.) or the Imperial Woodpecker (Campephilusimperialis) were delisted. The meeting also adopted decisions on fighting against poaching. At present, the most serious problem is an enormous increasing in poaching of elephants for ivory and in illegal killing of rhinos for horns used in traditional Asian medicine, caused by growing demand particularly in China and Vietnam.